Are You Addicted to Food? 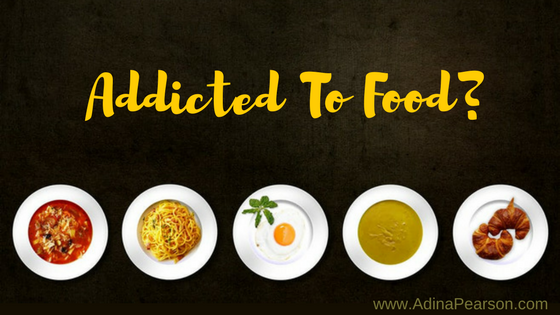 There is lots of talk in the media about food addiction and lots of ideas about what you should do about it.  Answer the questions below about your eating struggles:

If you can answer yes to at least a few of these questions, you are not necessarily a food addict, but you may be a diet casualty.  Someone whose ability to respond to their body’s needs has been warped by too many diets or listening to the cultural food police.  You might also have an eating disorder.  But you’re probably not actually addicted to food.

Food addiction is poorly defined by science.  The research on food addiction is shaky at best and primarily done on animals.  While studying mice is helpful in order to learn about how a mammal’s body might respond to various medicine or environmental influences, not everything translates to humans in the same way.

The research on food addiction also doesn’t account for dieting behaviors and restriction.  The very act of dieting, thinking you should be dieting, or being restrictive with food can actually create biological and psychological responses that lead to overeating and feeling out-of-control with food–very much like you might imagine an addict would behave with the very substance she’s trying to quit using.

Many people refer to themselves as “food addicts” or “addicted to food” when their behavior doesn’t even constitute true “bingeing” and instead reflects their fear or belief that they lack control or will eat “too much.”  They might be responding to a failure to feed themselves enough of a meal and end up nibbling on “forbidden food” all day.  Or they might be trying to willpower their way past the candy bowl and fail.  Perhaps they sit down with a bag of chips while watching TV and then 45 min later realize they’ve eaten the whole bag.

It is well documented that people who eat in a restrictive fashion are more likely to eat in an out-of-control fashion later on.  It’s a binge–>restrict cycle that incorrectly convinces people they can NOT control themselves around food. When really if they can find a way to end the restriction and normalize their eating, the overeating will often solve itself.

What must also be considered is that, despite what the big headlines say about certain foods being as addictive as cocaine, food is actually necessary for life–cocaine is not and never will be.

Glucose (sugar) is usually the villain in the food addiction stories.  But sugar provides energy to every cell in our body. The anti-sugar crowd will mention how it lights up regions of the brain just like cocaine, ignoring the fact that most pleasurable things do: laughter, hugs, sex, etc.  We are wired so that food is inherently rewarding–this keeps us alive.

Feeling like you might be addicted to food may also be a sign you are dealing with Binge Eating Disorder.   BED is the most common type of eating disorder and occurs in 1 in 35 adults in the U.S. This translates to 3-5% of women (about 5 million) and 2% of men (3 million) who seek treatment.  You can learn more about BED online at: http://bedaonline.com/

A new diet or weight loss program is NOT the answer — restrictive eating and a focus on weight generally make recovery more difficult because both tend to increase the likelihood of binges.  What you need is to learn to eat normally, in an organized fashion, and to focus on the self-care aspect of eating.  You may also need to get started with therapy to address underlying emotions and coping strategies.

If you are struggling with binge eating, whether BED or just trouble with overeating, your best bet is to work with both a therapist and a dietitian.  Schedule a discovery call with me and let’s chat!